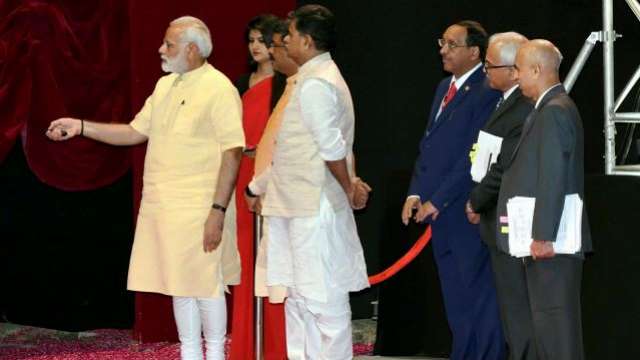 Pradhan Mantri Sahaj Bijli Hr Ghar Yojana (Saubhagya scheme) is a scheme which will give electricity to all willing families who haven’t got the benefits so far. The scheme is free for people from the BPL section of society.. It’s a scheme which government believes will be a big push for the development of the country, leading to New India by 2022. The deadline is December 2018, to bring all Indian households electrified.

The scheme which will cost Rs 16,320 crore will provide electricity to 4 crore households. The original deadline of the scheme was March 2019, which has been pushed ahead.

PM Modi in his speech says that in this auspicious day, a scheme which will ensure betterment of women is being launched. PM lauds ONGC for the sleek Urja Bhawan. PM says welfare of poor is linked to the identity of this government. He says from Jan Dhan Yojana to Start Up India, to Ujwala to Udaan, everything is for poor of the people.

PM says that many of the schemes done were unbelievable in the past. He lists several welfare schemes to drive home the point. Poor people’s dreams are dreams of my government, and ensuring their problems are minimised is my biggest challenge, says PM Modi. PM says 4 crore households are still living without electricity. He says it is extremely sad and disheartening that such people are living in the 18th century still.
PM Modi recalls his childhood about how he also used to study without any electricity in the evening. PM says lantern lit by castor oil was used by him to continue his study. Modi explains how lack of electricity negatively affects women. They can’t go out without electricity. PM says Saubhagya Yojana will ensure that all houses in this scheme will be electrified, and it will be completely free for all poor people.
The cost for this ambitious scheme is Rs 16,000 crore. He says the poor will not have to bear the cost of this scheme. PM says in New India, not only every village will have electricity, every household will get electricity under Saubhagya scheme.

PM says during the reign of last government there used to be Breaking News of lack of coal. But things have changed now. India is becoming a coal-surplus country with a new approach in place. PM also says that in coal allocation, earlier there was massive corruption. Now it has completely changed, a hallmark of government’s approach. According to PM Modi, India is going towards One Nation, One Grid system. PM explains how UDAY scheme has been a gamechanger in power distribution. PM says distribution companies have cut lost by 42% after introduction of UDAY scheme. PM says price of LED bulbs have decreased from Rs 320 to Rs 40. Almost 26 crores LED bulbs have been distributed so far, which has lead to saving of close to Rs 13,000 crore. PM says people of the country and their views and suggestions are extremely key for them. Hence steps are taken to get inputs from them via mobile app, websites etc.

PM says reducing carbon footprint is very important. PM says if we can cut import of oil by even 10% by 2022, it will greatly help the economy of the society. The amount can be used to promote social schemes across the country. PM reiterates that this scheme can be a big step forward for women empowerment.

According to an official statement, the total outlay of the ‘Saubhagya’ project is Rs 16,320 crore while the Gross Budgetary Support (GBS) is Rs 12,320 crore.

The Centre will provide largely funds for the scheme to all States/UTs.

However, it said that un-electrified households not covered under the SECC data would also be provided electricity connections under the scheme on payment of Rs 500 which shall be recovered by DISCOMs in 10 instalments through electricity bill.

The solar power packs of 200 to 300 Wp with battery bank for un-electrified households located in remote and inaccessible areas, comprises of Five LED lights, One DC fan, One DC power plug.

Beneficiaries shall be identified and their application for electricity connection along with applicant photograph and identity proof shall be registered on spot, the statement said.

Minister RK Singh in his speech said they plan to also give uninterrupted electricity in all households along with implementation of Saubhagya scheme. RK Singh said camps will be formed to ensure that all willing households are electrified. RK Singh also said that the scheme will also help in generation of jobs, give boost to Make in India and incentivise skill development.

Union Minister Dharmendra Pradhan said that 3 crore LPG connections have been given under Ujwala scheme in the last three years.

Meanwhile, in a scathing attack at the previous UPA government, Finance Minister said, “Step against black money and corruption was never on UPA’s agenda, so naturally if we take any step they will be uneasy about it”.

Talking about PM’s views over corruption, he said,”PM said that his battle against corruption is un-compromised and whoever will be caught red-handed, will be punished.”

According to FM Jaitley, the Prime Minister also advised the BJP leaders that they should not wait for the elections to keep in touch with their people. 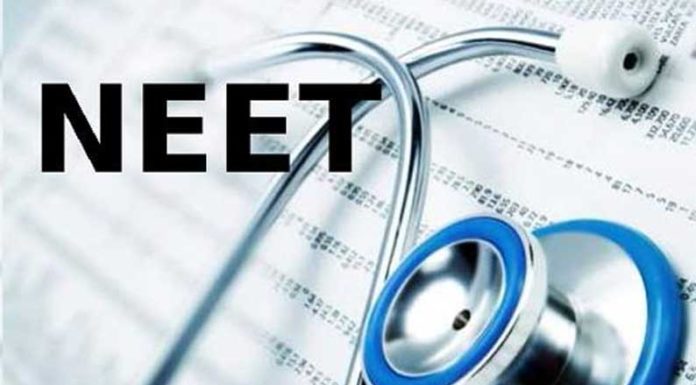